Christ Church Cathedral, Oxford contains a number of mural monuments commemorating victims of the Civil War. Many of these monuments were erected after the Restoration and that is the case with the monument at the east end of the south aisle. This large and imposing monument commemorates William Villiers, 2nd Viscount Grandison who died of wounds received at the battle of Bristol, 1643 aged 30. He was the son of Edward and Barbara Villiers.

William’s portrait can be seen at Lydiard House, Lydiard Tregoze and shows him wearing a slashed black doublet with a white undershirt and an elaborate lace collar, tight under his chin and falling over the shoulders. The hair is worn long as was the fashion of the time and there is a wispy moustache. The painting dates to c1640 and is said to be of the school of Anthony van Dyke. An inscription on the top right of the canvas reads

Barbara was born on 27th November 1640 in the parish of St Margaret’s, Westminster, the only child of William and his wife Mary Bayning and so was only 2 years old at her father’s death. A painting of Sir Walter St John, died 1708 also at Lydiard House is inscribed

on the top left corner of the canvas in the same cursive script as the William Villiers painting. It is reasonable to conclude that the inscriptions were all added at the same time, possibly after 1708.

The Villiers monument consists of a tall pedestal with an oval Latin inscription on the front. Above a gadrooned lid is a smaller plinth upon which rests a garlanded funeral urn, again with a gadrooned lid and a simple finial. Behind the upper section is a display of arms, armour and military accoutrements. It is made of lightly veined off-white marble and is signed on the front, below the inscription oval, I Latham Fecit. The monument was erected c1675 most probably by his daughter Barbara Villiers, Duchess of Cleveland and mistress of Charles II. She was created Duchess in 1670.

The monument is one of a number that follow the same overall style but this example is the only one known to display trophies of arms. All the leading metropolitan sculptors of the period produced monuments in this style and one example is known – that to Brigit Higgons died 1691 at Cadeleigh, Devon – where the format was copied by a local sculptor. 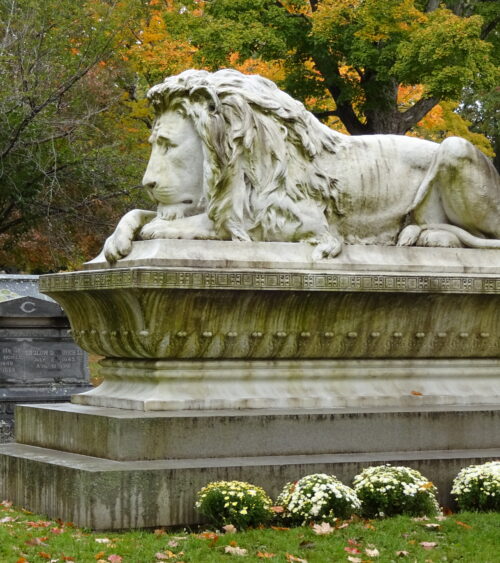 The Monument to Sir Thomas Dayrell †1669 at Hinxton, Cambridgeshire 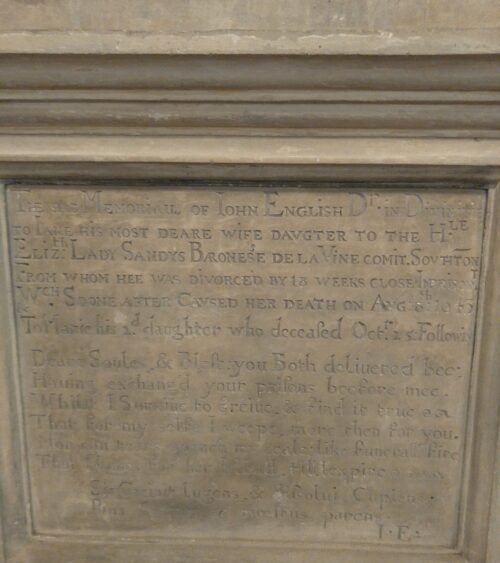